EViews 12 introduces a suite of new post-estimation diagnostics, as well as statistical tests and procedures:

EViews 12 features a set of improvements for computing and displaying impulse responses and confidence intervals for VAR and VEC estimators.

The prior impulse response interface coupled the choices for which impulses and responses to display and the method in which they were displayed, with the various options for computing the impulse response and standard error. Thus, if a user first displayed a multiple graph of impulse responses and then wanted to show the results in a table, or perhaps display a subset of those original responses, the procedure would have to be respecified and recomputed from the beginning.

The new, dynamic EViews 12 interface allows for interactive selection of the impulse and responses to be displayed, as well as the method of display. 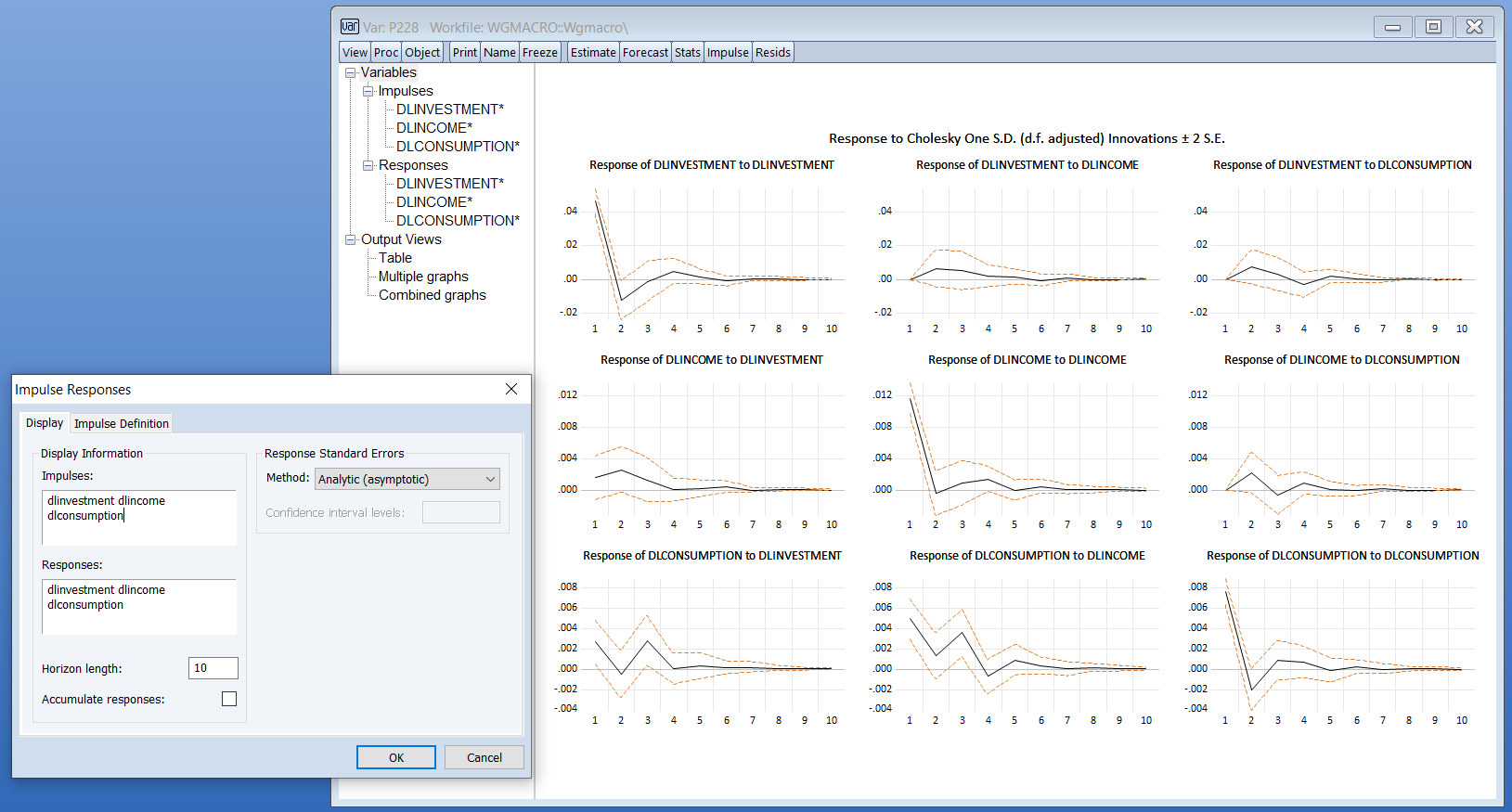 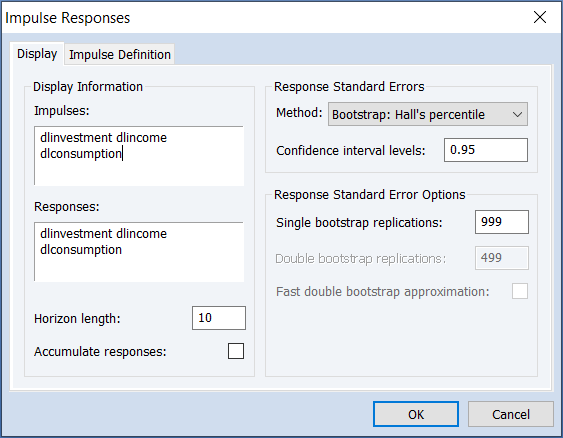 EViews 12 adds the Bai and Ng (2002) and Ahn and Horenstein (2013) methods for determining the number of factors to retain to our existing principal components and factor analysis engines, as well as the new cross-sectionally dependent panel unit root tests.

Wavelet decomposition is a new Series view and procedure that can decompose a series into its long-run behavior (smooths) and short run behavior (details). Among other things, wavelets may be used to:

Elastic Net (ENET) estimation, including the Ridge Regression and LASSO Estimation models, was added in EViews 11, and has proven a popular addition to the machine learning tools in EViews.

We have enhanced ENET in EViews 12 with the following features:

GARCH models have been a fundamental part of the EViews estimation tool kit for over thirty years, and EViews 12 increases the toolkit by adding three new diagnostic views of GARCH models.