EViews 12 adds a handful of often requested features to the powerful EViews model object, giving even more tools to the economic modeler.

Previous versions of EViews have provided the Solve Control for Target procedure that allows you to numerically invert the standard model solution to determine the values of an exogenous variable that would be required to produce a solution for an endogenous variable along a predetermined path, or target.

This is an incredibly powerful feature that allows researchers to answer questions such as what tax rate [exogenous variable] is required to produce a balanced budget [endogenous variable]?

A limitation of the existing procedure was that it could only solve for a single exogenous variable at a time.

EViews 12 expands this feature by expanding to allow multiple exogenous variables to be controlled for, as well as introducing a more user-friendly interface and output to the procedure. 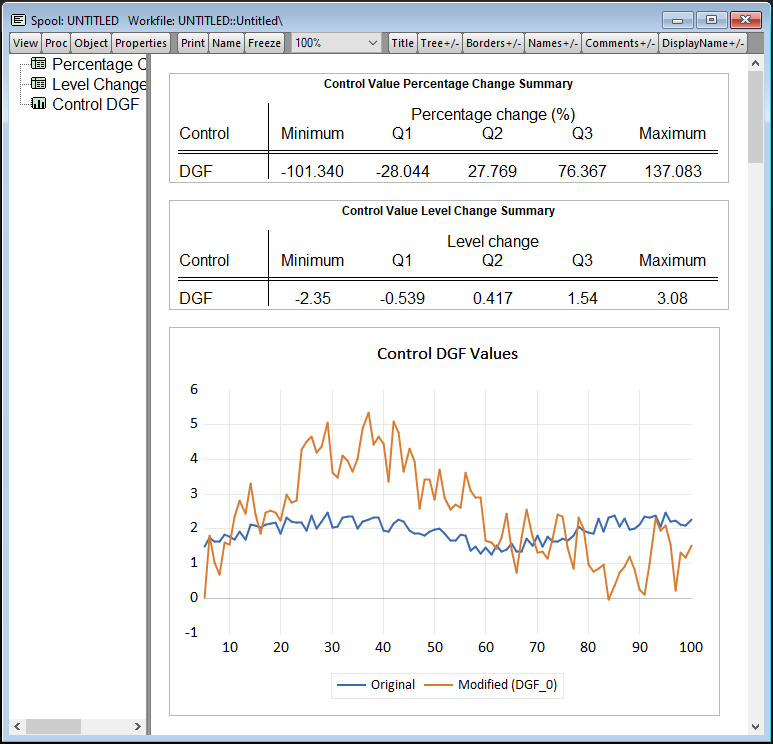 EViews 12 introduces the Flip procedure to switch a specified set of exogenous variables with a set of endogenous variables, creating a completely new model specification. 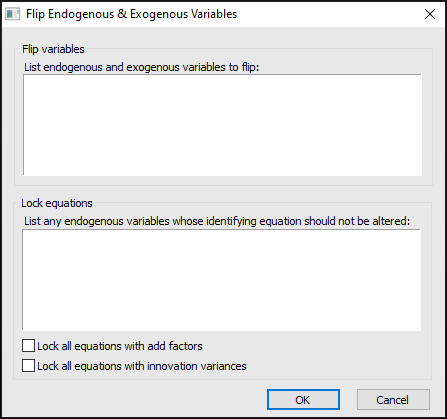 EViews 12 also includes the @depends and @upends commands that provide the dependencies (down and up respectively) of a variable in the model.