Women in Data: The Timberlake Story

At the end of Women in Data week, we thought it was the perfect time to share the story of the Timberlake Consultants, and the strong women involved in building the company over the past 38 years.

Timberlake was founded by Ana Timberlake in 1982, as a statistical consultancy, with particular applications in medical research and econometric modeling.

Ana was a successful businesswoman and a loving mother of three. Born in Portugal, her family were no stranger to successful women. Her aunt was head of the National Council of Portuguese Women and is considered the first feminist in Portugal.

Prior to founding Timberlake, Ana worked on several data projects that define the industry. This included a re-analysis of Robert Borkenstein's 1964 Grand Rapids study, on which the British breathalyser test was based in the mid-1960s. In this study, a small amount of alcohol was shown to improve driving ability. However, after Ana standardised the data, it became clear that drinking alcohol actually made the ability to drive worse and worse! Later, Ana joined Control Data Corporation in London, where she formed lifelong associations with academics, researchers and developers of statistical techniques, econometric modeling and software. This led her to create TCL in 1982.

In 2012, Timberlake was taken over by Ana Timberlake's daughter, Teresa Timberlake, and her husband. They have successfully grown and developed the business into a global industry leader. The company is proud to be an 80% female run data science company, in an industry where only 30% of professional data-related jobs are held by women.

In all regions, our team is full  of engaged, progressive and thought leading women. From econometricians to statisticians, from finance to software, to marketing and training.

Meet our global team of women in STEM, a positive example of gender diversity in the data science industry. 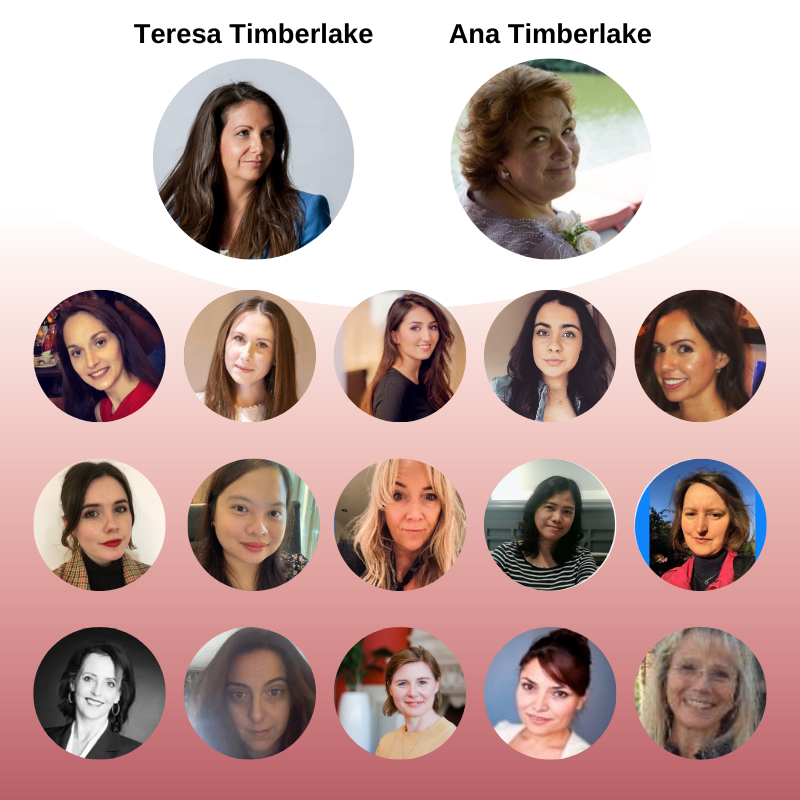